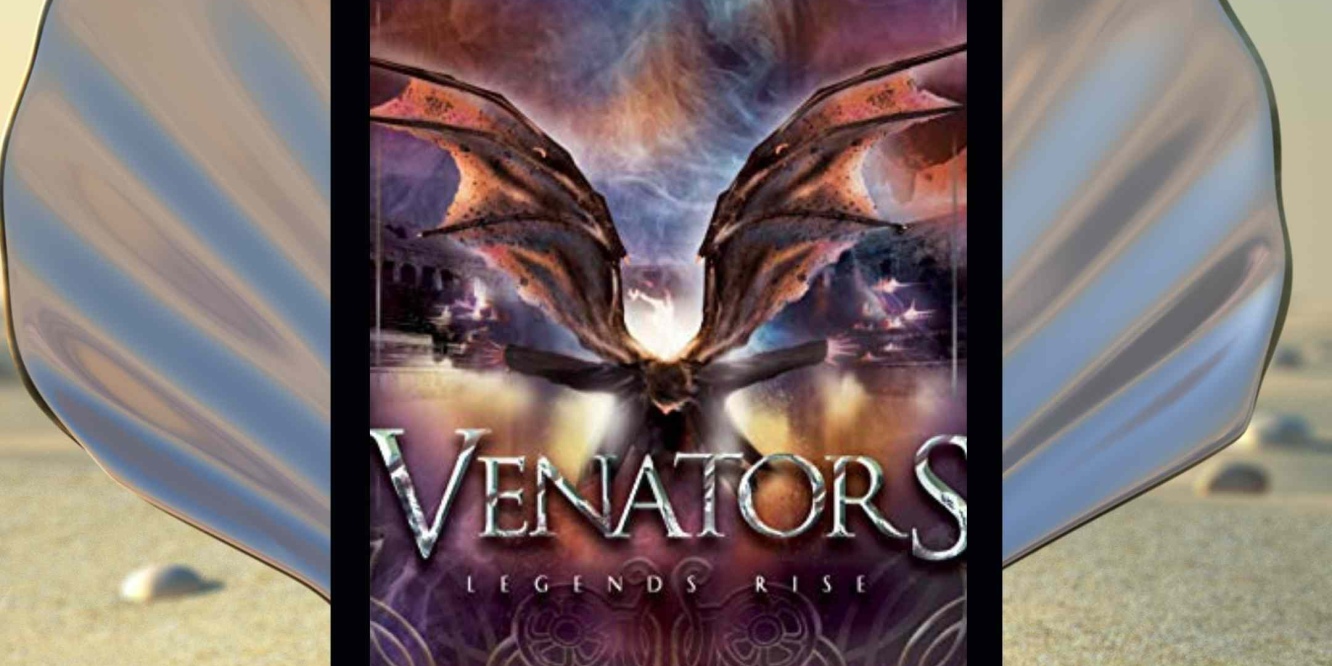 Venators: Legends Rise ( Book 3) is another action-packed installment in this magical series, as Rune, Grey, and their friends work to save Tate, their mentor.

I love that we venture deeper and deeper into the characters with each installment, discovering what events in their past still haunt them and define them today. The revelations are so poignant that they brought a tear to my eye as I learned about the pain, abuse, and grief of Grey and Verida, in particular. The characters are so genuinely complex and relatable that you forget that many are not human. I can not help but wonder what the future will bring as some characters heal, and other secrets are revealed. The series is so ripe with possibilities with this cast of characters.

Just as the character has become more and more developed, the world-building has also become richer and gloriously detailed. I feel like the first book in the series offered a pencil sketch of Eon, and with each subsequent book, the lines of this world have become darker, and rich, vibrant color has been added to complete the picture. Eon is a world full of magic, mythical creatures, and political intrigue that leaves your head spinning.

The beginnings of a romance in this story have been slowly simmering in the background since book 1. I’m not sure how I feel about the pairing, though. There is something about it that I want to cheer about, and then beneath that, my mind is really at odds with it. I love both of the characters, and any hope of that level of happiness and fulfillment makes me cheer for them. But, the pairing feels mismatched to me. So, I am left undecided about how I feel about the romance, though adding in deeper relationships to this story gives it one more layer that keeps me wanting to read more.

There is so much in this series and this particular book in the series for fantasy lovers to enjoy and bask in, and I can’t even imagine it to be a question of whether you should read it or not. You should!

The path will be forged in sweat and blood.
Rune, Grey, the shape-shifter Beltran, and willful vampire, Verida, set out to rescue their friend and mentor, Tate, from the gladiator games. But first they must navigate the perils of Eon and its warring factions. Each of this band of four carries with them a secret that threatens to tear their group apart from within. Rune now bears the mark of the promise she made to save Grey’s life – a nixie bubble lodged in her arm that could call her away to do their bidding or spell her death.
Even as their loyalty to their cause and to one another faces its greatest test, Rune’s twin brother Ryker is forging an alliance with their mortal enemy, the powerful sorceress Zio, who has plans of her own for the Venators and Eon.
Hearts will be bared, secrets unveiled, and relationships made and destroyed in this stunning new installment of the Venators series.