The Children of D’Hara by Terry Goodkind Book 2, Hateful Things Only magic protects D’Hara from the Golden Goddess and her kind, the magic of Richard Rahl and Kahlan Amnell, the magic that the Mother Confessor carries within her womb. To take this world, the Goddess must ensure Richard and […]

Reviews to Look Forward to in October 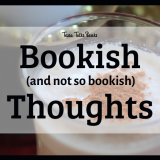 Just a few years ago, Corie Geller was busting terrorists as an agent for the FBI. But at thirty-five, she traded in her badge for the stability of marriage and motherhood. Now Corie is married to the brilliant and remarkably handsome Judge Josh Geller and is the adoptive mother of […] 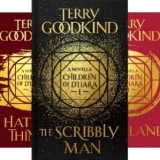 Terry Goodkind’s latest work of fiction, the first of five novellas to be published every three months , is like reconnecting with old friends. I didn’t realize how much I had missed Richard and Kahlan – the perfect magical couple in a world full of mostly magical troubles – but […]

Book review | The Sky People: A short story that packs a big punch

A book review of The Sky People by Terry Goodkind Dear Reader, The best gift often comes in the smallest package, and this new novella by Terry Goodkind stays true to that adage. In a little over one hundred pages, he explains humanity – it’s motivators, traditions, and downfalls. In […]

A review of Siege of Stone by Terry Goodkind Update: Book 4 Heart of Black Ice is scheduled to be released in January 2020 Dear Reader, The story of Nicci and Nathan in the Old World forges on, and now the stone army has awakened. Siege of Stone is not […]