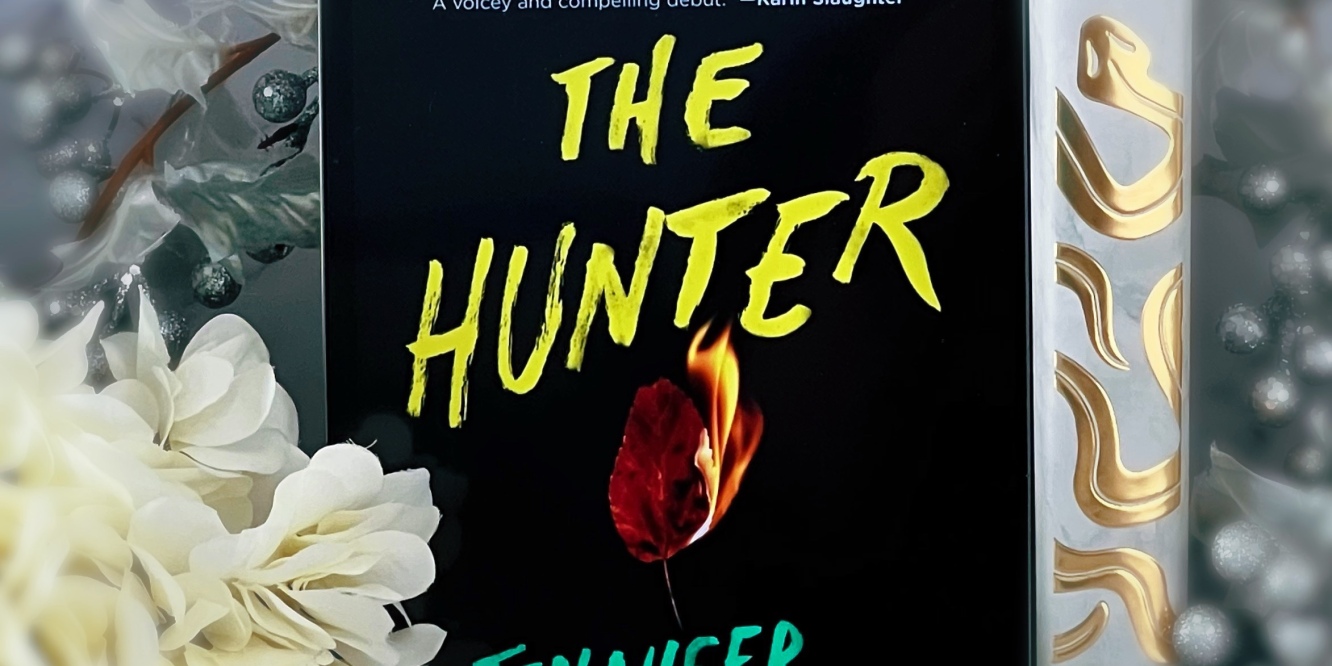 After reckless behavior costs NYPD detective Leigh O’Donnell her job and her marriage, she returns with her four-year-old daughter to her beautiful hometown of Copper Falls, Ohio. Leigh had stayed away for more than a decade—even though her brother and a trio of loving uncles still call it home—because, while the town may seem idyllic, something rotten lies at its core. Three men in town have drowned in what Leigh suspects to be a triple homicide. She hopes that by finding out who killed them, she just might get her life back on course.

Headstrong and intuitive, Leigh isn’t afraid to face a killer, but she has to do more than that to discover the truth about what happened to those men. She must unravel a web of secrets going back generations, and, in doing so, plumb the darkness within herself.

Perfect for fans of Mare of Easttown, this taut debut is a haunting look at how the search for truth often leads back to the most unlikely of places.

The Hunter by Jennifer Herrera is a psychological thriller based on Native American folklore and ancient mysticism.  When Leigh O’Donnell loses her job as a homicide detective with the NYPD and her husband, who also happened to be her boss, she takes her daughter on a trip to see what’s left of her family in Copper Falls, Ohio.  Her brother, a cop in Copper Falls, talked her into the trip so she could investigate the death of three young men who mysteriously drowned in the falls.  Next is a complex, multiple-plot threaded mystery involving ancient sacrificial sites buried deep in the caves under the falls.

What I loved most about the story was the possible supernatural components and the exploration of the Native Americans who lived on the land first as well as a more ancient civilization that predated the tribes who resided there.  It was all so interesting and creepy – the type of fascination that makes you keep looking, even when you should look away.  And it was also a bit reflective and sad.  It made me stop and think for a long time about the history of that area and what was happening in that fictional town during the story.  There are so many levels and layers to explore.

I also enjoyed the mystery.  I didn’t know what had happened, and I was utterly shocked by each twist, turn, and revelation.  The last 25% of the story is chocked full of surprises – very few of which I saw coming.  There may have been plot holes, but to be honest, I was so shocked that I didn’t notice.

There are several trigger warnings: a rabbit being prepared for rabbit stew is particularly hard to read, plus talks about suicide and death or dying.

Leigh O’Donnell is a very intriguing character.  I can’t say that I liked her, but I also can’t say that I didn’t.  She is a homicide detective, so there are apparent strengths in her person and character.  But her flaws are many also.  She can’t seem to approach things in her own life as directly as she does her cases.  Rather than confronting her demons, she runs and hides from them.  This makes her very authentic but also places a wall between her and the reader.

The narration is done in first-person, with Leigh telling all three plotlines of the story.  These plotlines run almost independently of each other – the only thing they have in common is the main character.  They are never connected, and I’m not sure that I cared for that.  It is part of what slows down the pace for a good portion of the midsection – that and the investigation, which is described in detail.

I loved the setting of Copper Falls. It has such a poignant yet compelling history that pulled me into the story and that I wanted to know more about.  I love the idea of caves inside the falls and that they hold such ancient secrets. It inspires my imagination.

Thank you to the publisher and NetGalley for a free copy of the book to review.

18 Replies to “The Hunter by Jennifer Herrera #BookReview #PsychologicalThriller #TheHunter”