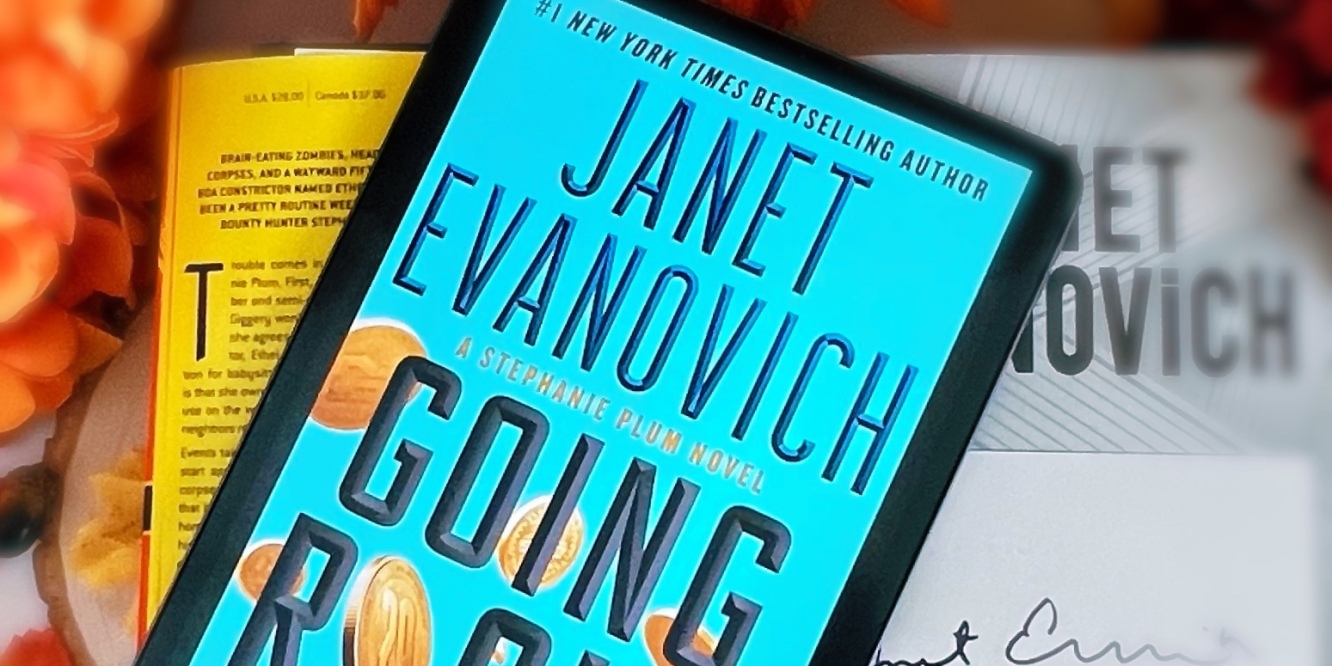 Monday mornings aren’t supposed to be fun, but they should be predictable. However, on this particular Monday, Stephanie Plum knows that something is amiss when she turns up for work at Vinnie’s Bail Bonds to find that longtime office manager Connie Rosolli, who is as reliable as the tides in Atlantic City, hasn’t shown up.

Stephanie’s worst fears are confirmed when she gets a call from Connie’s abductor. He says he will only release her in exchange for a mysterious coin that a recently murdered man left as collateral for his bail. Unfortunately, this coin, which should be in the office—just like Connie—is nowhere to be found.

The quest to discover the coin, learn its value, and save Connie will require the help of Stephanie’s Grandma Mazur, her best pal Lula, her boyfriend Morelli, and hunky security expert Ranger. As they get closer to unraveling the reasons behind Connie’s kidnapping, Connie’s captor grows more threatening and soon Stephanie has no choice but to throw caution to the wind, follow her instincts, and go rogue.

Full of surprises, thrills, and humor, Going Rogue reveals a new side of Stephanie Plum, and shows Janet Evanovich at her scorching, riotous best.

Going Rogue by Janet Evanovich is the 29th installment of the Stephanie Plum series, where time progresses very slowly, and danger lurks around every corner.

Initial Expectations (before beginning the book):

I hope for more growth and maturity than I saw evidence of in the last book. After all these stories, there definitely needs to be character growth because, even though time is passing much more slowly in Stephanie Plum’s world than in our own, there need to be some significant changes to keep things fresh. I want to see the story shaken up just a bit.

Unlike I had hoped – Stephanie Plum did not change much from the last book. If anything, she reverted in her love life. However, I saw some growth in her feelings of handling her responsibilities rather than falling back on others to do it for her. It’s subtle, but it’s there.

The will she won’t is still prominent where Ranger is concerned, and the comfortable loving relationship is still going on with Morelli. It seems like whichever one would propose to her first will be the guy she ends up with. Though, neither seems like the marrying kind if they haven’t proposed at this point.

I love a good thrill ride with laughs along the way, and I have never been disappointed in a Stephanie Plum novel. I happily chuckled my way through the story as the characters stayed true to who they were. Still, I watched the rest of the world react to their hilarious proclivities.

Bella, Morrelli’s grandmother who gives people who wrong her the evil eye, plays a much more prominent role in this story. I loved seeing her get a more significant part of the story. Grown men quake in their boots when she comes around because too many of her evil eye curses have come to pass, and it is hilarious to witness.

Stephanie always tells the tale in first-person narration, and the thrills and spills keep the pace extremely high from beginning to end. I have never experienced a slow pace in any Stephanie Plum novels.

The novel’s setting is the Burg area (as in Chambersburg) of Trenton, New Jersey. It’s perfect because of all the colorful characters, including family and longtime friends.