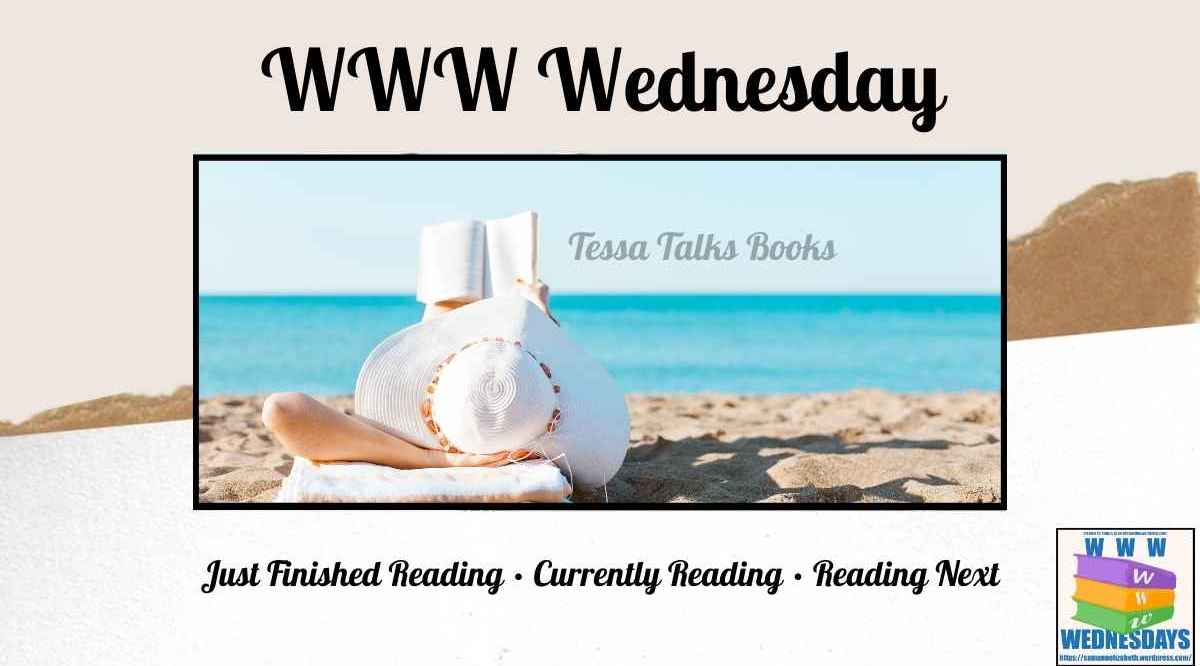 Welcome to WWW Wednesday! This meme was formerly hosted by MizB at A Daily Rhythm and revived on Taking on a World of Words. Just answer the three questions below and leave a link to your post in the comments for others to look at. No blog? No problem! Just leave a comment with your responses. Please, take some time to visit the other participants and see what others are reading. So, let’s get to it!

I started The Art of Prophecy by Wesley Chu yesterday and wow is it a very complex Asian-inspired epic fantasy. Typically, I love this style of fantasy which is immersive and even the battle scenes have a beauty to them.

So many stories begin the same way: With a prophecy. A chosen one. And the inevitable quest to slay a villain, save the kingdom, and fulfill a grand destiny. But this is not that kind of story. It does begin with a prophecy: A child will rise to defeat the Eternal Khan, a cruel immortal god-king, and save the kingdom. And that prophecy did anoint a hero, Jian, raised since birth in luxury and splendor, and celebrated before he has won a single battle. But that’s when the story hits its first twist: The prophecy is wrong. What follows is a story more wondrous than any prophecy could foresee, and with many unexpected heroes: Taishi, an older woman who is the greatest grandmaster of magical martial arts in the kingdom but who thought her adventuring days were all behind her; Sali, a straitlaced warrior who learns the rules may no longer apply when the leader to whom she pledged her life is gone; and Qisami, a chaotic assassin who takes a little too much pleasure in the kill. And Jian himself, who has to find a way to become what he no longer believes he can be—a hero after all.

Stay Awake by Megan Goldin didn’t make me stay awake, but I did enjoy this thriller. It had that touch of uniqueness that kept me on my toes. My review will be posted tomorrow.

A murder she doesn’t remember committing. A killer she doesn’t remember meeting. Megan Goldin’s Stay Awake is an electrifying novel that proves memory can be deadly. Liv Reese wakes up in the back of a taxi with no idea where she is or how she got there. When she’s dropped off at the door of her brownstone, a stranger answers—a stranger who claims to live in her apartment. She reaches for her phone to call for help, only to discover it’s missing. In its place is a bloodstained knife. Her hands are covered in scribbled messages, like graffiti on her skin: STAY AWAKE. Two years ago, Liv was thriving as a successful writer for a trendy magazine. Now, she’s lost and disoriented in a New York City that looks nothing like what she remembers. Catching a glimpse of the local news, she’s horrified to see reports of a crime scene where the victim’s blood has been used to scrawl a message across a window, similar to the message that’s inked on her hands. What did she do last night? And why does she remember nothing from the past two years? Liv finds herself on the run for a crime she doesn’t remember committing. But there’s someone who does know exactly what she did, and they’ll do anything to make her forget—permanently. A complex thriller that unfolds at a breakneck speed, Stay Awake will keep you up all night.

I’ve been reading The Dragon’s Promise by Elizabeth Lim as I could – about 1 chapter per day – because that was the only way I could figure out to make room for it. I thought the first book was better but still I am glad I read the second part of this duology.

From the New York Times Bestselling author of Six Crimson Cranes comes the thrilling next adventure! A journey to the kingdom of dragons, a star-crossed love, and a cursed pearl with the power to mend the world or break it… Fans of Shadow and Bone will devour this soaring fantasy. Princess Shiori made a deathbed promise to return the dragon’s pearl to its rightful owner, but keeping that promise is more dangerous than she ever imagined. She must journey to the kingdom of dragons, navigate political intrigue among humans and dragons alike, fend off thieves who covet the pearl for themselves and will go to any lengths to get it, all while cultivating the appearance of a perfect princess to dissuade those who would see her burned at the stake for the magic that runs in her blood. The pearl itself is no ordinary cargo; it thrums with malevolent power, jumping to Shiori’s aid one minute, and betraying her the next—threatening to shatter her family and sever the thread of fate that binds her to her true love. It will take every ounce of strength Shiori can muster to defend the life and the love she’s fought so hard to win.

The Bond by Robin Kirk came to me by author’s request. I don’t often take books when the author sends them to me but she sent me the most organized request I have ever seen, so I made an exception. I’m very curious about this trilogy which begins with The Bond.

Winner of the Bronze Medal in the 2018 Foreword INDIES Book of the Year Awards. Kirk brings the reader into an intricate, well-imagined world—alandscape so credibleit instantly feelslike a classic. BethKander,authoroftheOriginalSynTrilogy Trust what you see, not what you’re told. In a society that made males obsolete, the Weave engineers a female’s abilities. Girls like Dinitra are engineered by Sowers and assigned their life purpose when they turn sixteen. But sometimes, the Sowers get things wrong. A resistance is growing. Rebels are fabricating humans of their own–including males–and plan to topple the Weave in a war that could destroy them all. When Dinitra is assigned a job with the Legion, she uncovers the ugliest secrets of the Weave. Her loyalty is tested when she’s captured by the rebels and develops a dangerous bond with a male warrior–a shameful crime that she may pay for with her life. Fans of Neal Shusterman’sArc of a Scythe series and Alexandra Bracken’s The Darkest Minds series will delight in this heart-pounding adventure.

What are you reading? Do you love it?