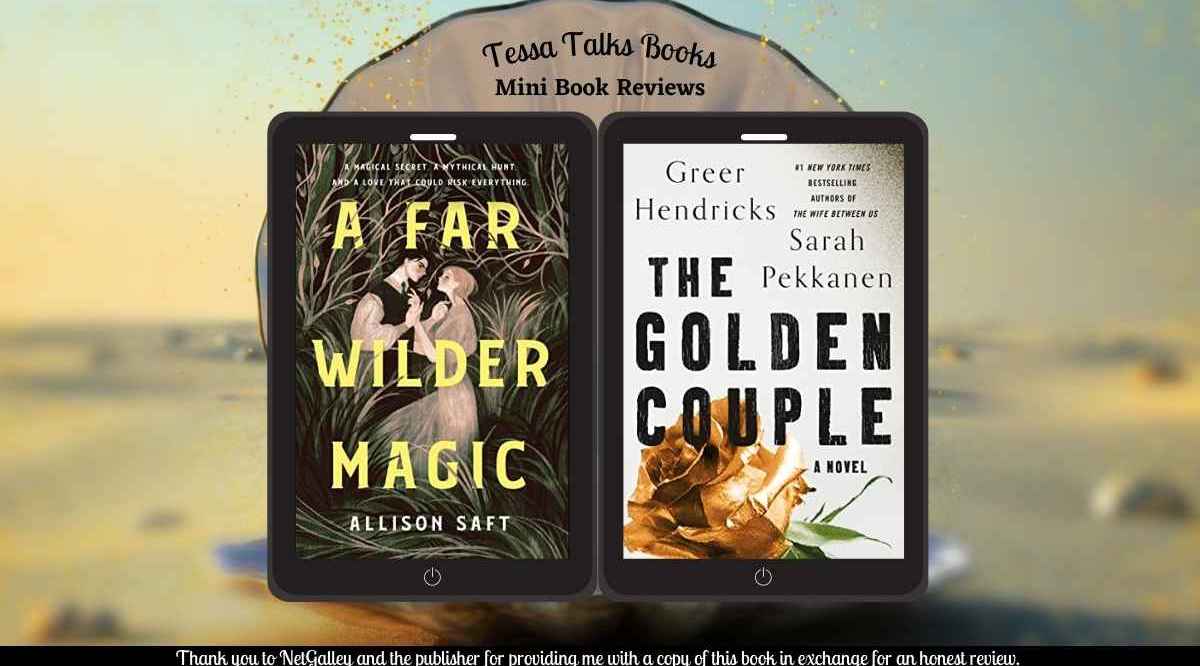 A romantic YA fantasy perfect for fans of Erin A. Craig and Margaret Rogerson, about two people who find themselves competing for glory—and each other’s hearts—in a magical fox hunt.

When Margaret Welty spots the legendary hala, the last living mythical creature, she knows the Halfmoon Hunt will soon follow. Whoever is able to kill the hala will earn fame and riches, and unlock an ancient magical secret. While Margaret is the best sharpshooter in town, only teams of two can register, and she needs an alchemist.

Weston Winters isn’t an alchemist—yet. He’s been fired from every apprenticeship he’s landed, and his last chance hinges on Master Welty taking him in. But when Wes arrives at Welty Manor, he finds only Margaret. She begrudgingly allows him to stay, but on one condition: he must join the hunt with her.

Although they make an unlikely team, they soon find themselves drawn to each other. As the hunt looms closer and tensions rise, Margaret and Wes uncover dark magic that could be the key to winning the hunt—if they survive that long.

In A Far Wilder Magic, Allison Saft has written an achingly tender love story set against a deadly hunt in an atmospheric, rich fantasy world that will sweep you away.

A Far Wilder Magic by Allison Saft is an atmospheric tale that completely immersed me in its dark and foreboding world. I loved the tone and setting as they provided a unique texture that held my focus even in the slow parts. I rarely experience this in novels, but I love when I don’t need continuous action and a fast pace to keep the pages flying one right after the other. I also enjoyed that the tale is character-driven. It’s told in third-person narration but with alternating POVs between Margaret and Wes, enabling the atmosphere to stay prominent while developing the characters in a delightfully intimate manner.

Evelyn, Margaret’s mother, left Margaret alone while on an alchemist research trip, leaving no information of where she was or when she will be back. When the Hala emerges in the form of a white fox, Margaret hopes it will draw her mother back home, as it is a creature much sought after by alchemists, including her mother. In the meantime, Wes appears on her doorstep, looking for Evelyn in hopes of interning with her. He has political aspirations that can only be achieved if he becomes an alchemist.

The world-building is so intricately done that I found it thoroughly compelling with its religious persecution, political system based on alchemy, and Hunt tradition whenever the Hala appears. I cannot say that the world is particularly inviting, but still, I wanted to know more and more about the inner workings.

Lastly, I love how the relationship between Margaret and Wes grew and changed. I particularly loved the scenes where they became aware of changes in their feelings because it felt so very authentic that it just melted my heart.

If you are looking for an atmospheric and character is-driven fantasy that will touch your heart, then A Far Wilder Magic is just what you’ve been searching for.

The Golden Couple by Greer Hendricks and Sarah Pekkanen

Wealthy Washington suburbanites Marissa and Matthew Bishop seem to have it all—until Marissa is unfaithful. Beneath their veneer of perfection is a relationship riven by work and a lack of intimacy. She wants to repair things for the sake of their eight-year-old son and because she loves her husband. Enter Avery Chambers.

Avery is a therapist who lost her professional license. Still, it doesn’t stop her from counseling those in crisis, though they have to adhere to her unorthodox methods. And the Bishops are desperate.
When they glide through Avery’s door and Marissa reveals her infidelity, all three are set on a collision course. Because the biggest secrets in the room are still hidden, and it’s no longer simply a marriage that’s in danger.

I lapped up up every delicious morsel of The Golden Couple by Greer Hendricks and Sarah Pekkanen in one sitting.  I just couldn’t put it down for anything.

The story is told in 3rd person narration but focuses on two points of view – Avery and Marissa.  I found myself absolutely mesmerized by Avery, who is not scared to do what’s right even when it’s hard, and it’s often brutal with high stakes.  Marissa is not as compelling to me, but she is full of secrets-lots and lots of secrets.  The revelation of these secrets came slowly throughout the story, along with the threats coming at Avery from the handful of people she made mad from doing what was right, keeping the pace quite fast from start to finish.

As a professional counselor, I couldn’t get behind Avery practicing after her license was yanked – at first anyway – but that soon came into a murky gray area that was just as delightful for me as all the twists, turns, and jaw-dropping shockers of which there were oh so many.

The Golden Couple is one of those stories where to say too much would potentially ruin some shockers, so this review will stay relatively short to prevent that.  The vital thing to know is that the story is a psychological thriller that maintains a fast pace, compelling plot, and laser-focused narration.  The character development is enough to introduce you to them but still maintain the secrets hidden until their strategic reveal.  Avery is the most developed character, and I was fascinated by her actions and therapy techniques.

If you are looking for a fast-paced thriller that you will gladly stay up late into the night to read, The Golden Couple is a perfect fit for you.