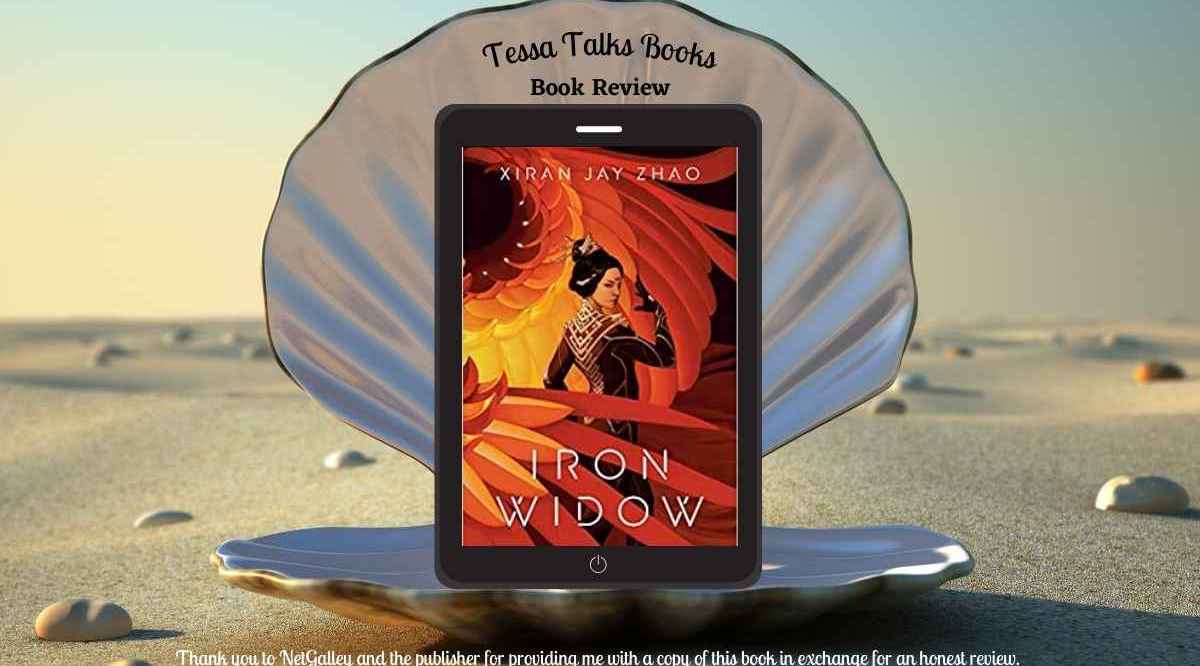 The boys of Huaxia dream of pairing up with girls to pilot Chrysalises, giant transforming robots that can battle the mecha aliens that lurk beyond the Great Wall. It doesn’t matter that the girls often die from the mental strain.

When 18-year-old Zetian offers herself up as a concubine-pilot, it’s to assassinate the ace male pilot responsible for her sister’s death. But she gets her vengeance in a way nobody expected – she kills him through the psychic link between pilots and emerges from the cockpit unscathed. She is labeled an Iron Widow, a much-feared and much-silenced kind of female pilot who can sacrifice boys to power up Chrysalises instead.​

To tame her unnerving yet invaluable mental strength, she is paired up with Li Shimin, the strongest and most controversial male pilot in Huaxia​. But now that Zetian has had a taste of power, she will not cower so easily. She will miss no opportunity to leverage their combined might and infamy to survive attempt after attempt on her life, until she can figure out exactly why the pilot system works in its misogynist way – and stop more girls from being sacrificed.

I love to start my review off by talking about the end when it is incredibly jaw-dropping, and the ending of Iron Widow fits into this category. It opens up so many questions but also makes other elements of the story make sense. It reframed the story and left the possibilities for further books in the series wide open. The ending is shocking, and I wasn’t expecting that. I loved it, and I loved that it took me by surprise.

This world is severely misogynistic. Women are barely even acknowledged as being human and capable of thought and strength. All women are used for the unique aspects that their femaleness entails. They are not worthy of love and respect except in a few sporadic instances, and even then, it still does not match the level of the men. The treatment of women can be brutal to read sometimes, but it is artfully balanced with softer storylines, so it never reaches the overwhelming level.

I also loved the sci-fi elements in the story. They are very cool. The story is a beautiful combination of sci-fi and fantasy, leaning a little more towards the sci-fi side with Chrysalis war machines and other unique devices and gadgets. A chrysalis is a war machine that requires both males and females to complete the yin and the yang to run the machine. They are all shaped like animals and can transform into more powerful machines if the Qi of the pair is strong enough. It’s simply fascinating and is the central aspect of the story.

My only wish, which was quite an annoying little niggle when I was reading, is that the swear words that pop up occasionally – and the term “dork” as well – had been left out or that some story-appropriate expression had been used in their place. The baseness of the language just felt out of place in this world – so much so that it really stood out and broke the flow of reading temporarily. But, this is so minor that I almost left it off this review.

Zetian, Yizhi, and LiShimin are the three main characters of this story though only Zetian narrates. Zetian considers the three of them a love triangle and says that triangles are the strongest shape, which I guess could be argued unless the triangle tries to stand up on one point. Then, it will always topple. I think of them more as a circle of respect and love, which equals power. Their mutual feelings for each other include an emotional and a physical attachment though I felt like it transcends traditional love and relationships. There is a powerful magic that occurs when their Qi combines.

The blurb says, “Pacific Rim meets The Handmaid’s Tale in this blend of Chinese history and mecha science fiction for YA reader.” For me though, I felt Hunger Games vibes due to the use of media for power and the love triangle between Zetian, Yizhi, and Li Shimin (though ultimately, it ended up very different than Katniss, Gale, and Peeta). And also, Dune vibes because of the sheer enormous scope of the novel and potential series.

If you are looking for a different kind of sci-fi/fantasy story to read, then you need to pick up The Iron Widow. It will leave you speechless.