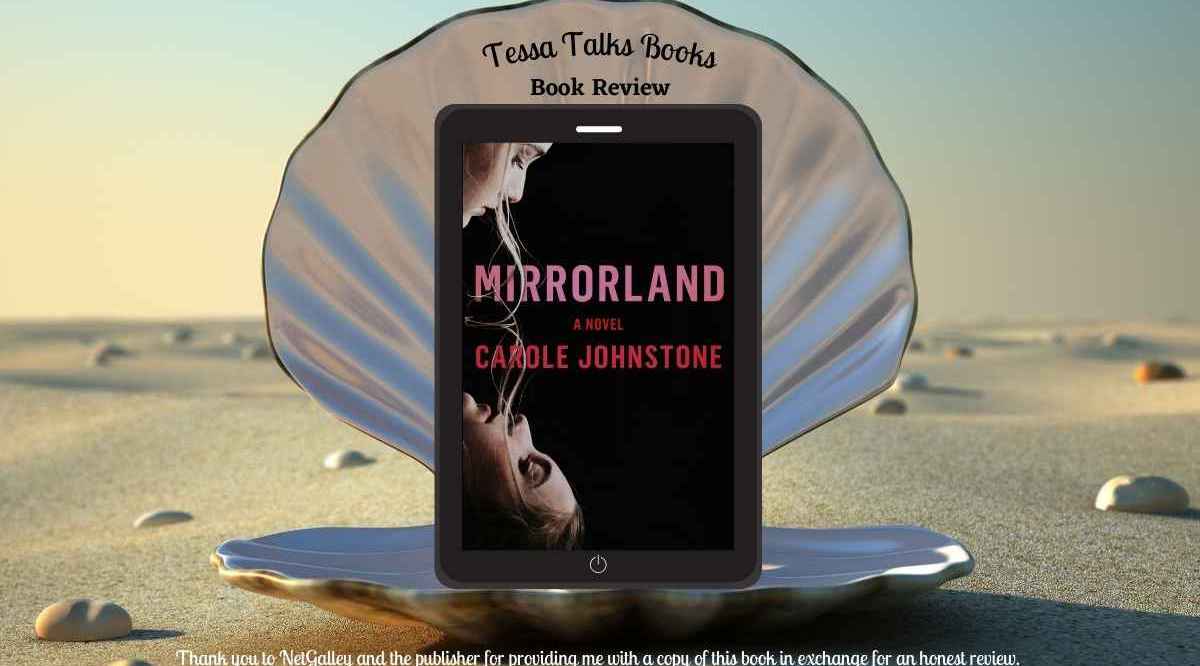 But it was a lie.

With the startling twists of Gone Girl and the haunting emotional power of Room, Mirrorland is the story of twin sisters, the man they both love, and the dark childhood they can’t leave behind.

Cat lives in Los Angeles, about as far away as she can get from her estranged twin sister El and No. 36 Westeryk Road, the imposing gothic house in Edinburgh where they grew up. As girls, they invented Mirrorland, a dark, imaginary place under the pantry stairs full of pirates, witches, and clowns. These days Cat rarely thinks about their childhood home, or the fact that El now lives there with her husband Ross.

But when El mysteriously disappears after going out on her sailboat, Cat is forced to return to the grand old house, which has scarcely changed in twenty years. No. 36 Westeryk Road is still full of shadowy, hidden corners, and at every turn Cat finds herself stumbling on long-held secrets and terrifying ghosts from the past. Because someone—El?—has left Cat clues all over the house: a treasure hunt that leads right back to Mirrorland, where she knows the truth lies crouched and waiting…

A sharply crafted mystery about love and betrayal, redemption and revenge, Mirrorland is a propulsive, page-turning debut about the power of imagination and the price of freedom. Perfect for fans of Gillian Flynn, Ruth Ware, and Daphne du Maurier.

Mirrorland by Carole Johnstone is a psychological thriller that took me on a compelling and symbolic journey through an imaginative world created for survival.

As children, the main characters El and Cat, did not watch tv. Instead, their mother read them book after book and encouraged them to use their imagination and make their home into a fantasy world full of pirates and clowns and all sorts of wondrous creations that only the mind of a child creates. Now, they are estranged adults, and when El goes missing, Cat must return to their childhood home to follow the clues to solving the mystery of what happened to El and why.

I did work out the conclusion early in the book, and it surprised me that I was right. This in no way impacted my enjoyment of the story; however, because the story is so rich with allegory and symbolism, I was busy studying each crumb of information that came up. The imaginative world reminded me of Peter Pan’s Neverland, Alice’s Wonderland, or even Dorothy’s Oz. Every detail reflects some profound truth that the girls endured and provided clues about what happened to El in the current day mystery.

The story is told through a dual timeline. The first is childhood (’90s), and the second is the present day. I didn’t have any trouble understanding which timeline I was on, and I loved how I found the crumbs to solving the present-day mystery in the past. Cat tells the story with El’s story being told through hidden journal entries hidden as clues to Cat. Much of the past timeline is in these journal entries, which triggers memories for Cat.

I found each sister’s survival instinct and how it played out to be fascinating. Even though El and Cat are twins – mirror twins – the response to the horrors around them was completely different. I found this gave the story a genuineness as that’s how it would happen in real life too. I was also fascinated by the intense look at mother-daughter relationships that showed how nurture could override nature in certain situations. Even given their horrific circumstances, Nancy and her relationship with El and Cat were based on the instinctual need to protect as Nancy worked hard to teach the girls through imaginative play the tools they needed to survive. Whereas another mother-daughter relationship, in a different environment, foiled so many aspects of Nancy’s choices.

The story can be confusing at first, as the imaginative world is so true to what a child would create that it is difficult for adult sensibilities to follow it. I recognized this, just went with the confusion, and that strategy paid off as I easily followed the story through to the end with its shocking conclusion.

Mirrorland is an imaginative yet creepy tale that will keep you guessing to the very end.

Carole Johnstone is an award-winning writer from Scotland, whose short stories have been published all over the world. Mirrorland, a psychological suspense with a gothic twist, is her debut novel.

Having grown up in Lanarkshire, she now lives in the beautiful Argyll & Bute, and is currently working on her second novel: a very unusual murder-mystery, set in the equally beautiful Outer Hebrides.

Click “Free Preview” below to read an except from the book on this site.