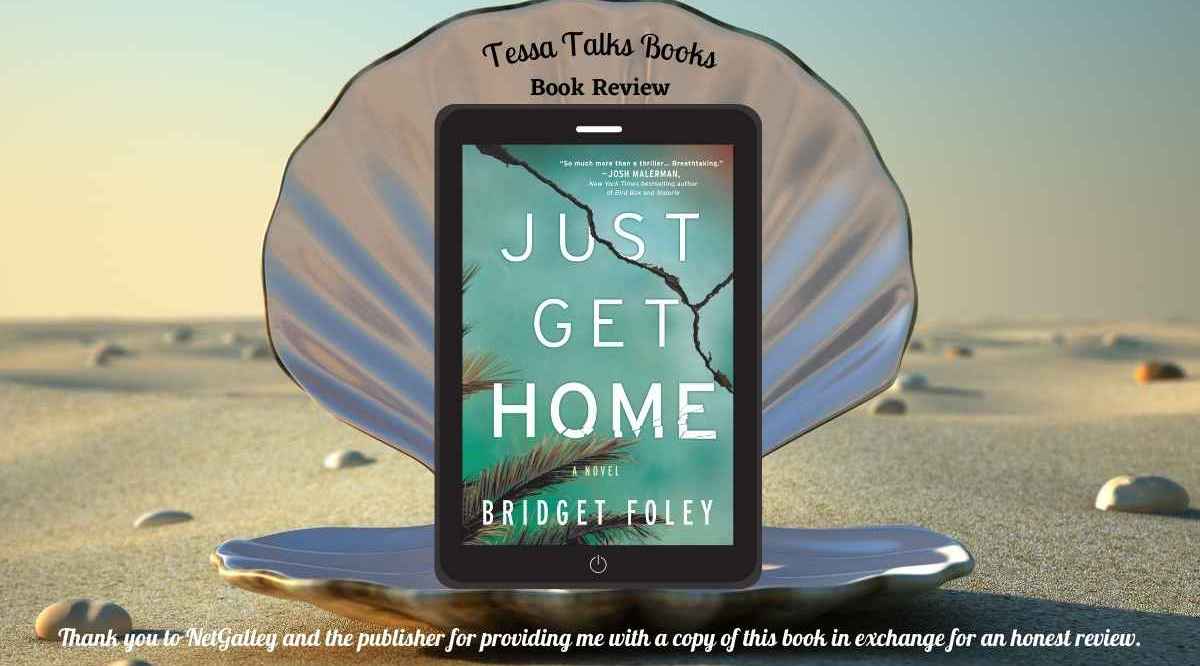 When the Big One earthquake hits LA, a single mother and a teen in the foster system are brought together by their circumstances and an act of violence in order to survive the wrecked streets of the city, working together to just get home.

Dessa, a single mom, is enjoying a rare night out when a devastating earthquake strikes. Roads and overpasses crumble, cell towers are out everywhere, and now she must cross the ruined city to get back to her three-year-old daughter, not even knowing whether she’s dead or alive. Danger in the streets escalates, as looting and lawlessness erupts. When she witnesses a moment of violence but isn’t able to intervene, it nearly puts Dessa over the edge.

Fate throws Dessa a curveball when the victim of the crime—a smart-talking 15-year-old foster kid named Beegie—shows up again in the role of savior, linking the pair together. Beegie is a troubled teen with a relentless sense of humor and resilient spirit that enables them both to survive. Both women learn to rely on each other in ways they never imagined possible, to permit vulnerability and embrace the truth of their own lives.

A propulsive page-turner grounded by unforgettable characters and a deep emotional core, JUST GET HOME will strike a chord with mainstream thriller readers for its legitimately heart-pounding action scenes, and with book club audiences looking for weighty, challenging content.

Just Get Home by Bridget Foley is a thriller that held me in its grip even when I desperately wanted to run and hide.

The intensity of the story is absolutely incredible. Human predators and animal predators abound in this epic survival tale of the aftermath of a natural disaster. The horror of the LA earthquake is described so well that I felt like I was there experiencing it with Dessa and Beegie. At various points, I didn’t know if I could take it anymore. The story wouldn’t let me turn away, though. I sped through the pages hoping that there was a light at the end of the tunnel that I was in – a rat-infested, quickly filling with water tunnel.

I loved how well the characters of Dessa and Beegie are developed. No aspect of their persona was left unexplored. It resulted in two characters who inspired empathy and a determination to survive. The many layers of bother characters are raw and tragic, and I want to say their plights were unbelievable. Still, I know they are both genuine for people in our society. My heart bled for both of them as their stories unfolded. They found each other during such a tragic time.

This story has all the violent triggers – including sexual – so readers need to know they are picking up a graphically intense tale. If they have any problems with triggers, they need to proceed with caution. I felt like I almost developed triggers where none existed from the power of this tale. I don’t often include trigger warnings, but I think they are needed before entering this novel’s world.

I’m leaving this review relatively short, as there are so many spoilers that I do not want to give away, but that is in no way reflective of how much this story holds between the covers. I could write pages upon pages about it if I did include spoilers.

If you can handle the power of a survival story that feels disturbingly real and offers so much to take away, this is a novel that you won’t want to miss!

Originally from Colorado, Bridget Foley attended NYU’s Tisch School of the Arts and UCLA’s School of Theater, Film & Television. She worked as an actor and screenwriter before becoming a novelist. She now lives a fiercely creative life with her family in Boise, Idaho.

Assist the client in gathering possessions.

Beegie saw it written on a sheet Karen had in her folder. An unticked box next to it.

She knew what it meant. Stuff.

But it was the other meaning that soothed her.

That was the one she worked over and over in her head.

Beegie imagined her case worker holding up a grey little girl, face obscured by black hair and asking, “This one yours?”  Beegie would nod. Yes, that’s my monster. Together they would shove one snarling, demon-filled person after another into the garbage bags they had been given to pack her things. Soon the bags would fill, growing translucent with strain. When they were done, she and Karen would have to push down on the snapping, bloody faces of Beegie’s possessions so they could close the back of the Prius.

But Karen’s box remained unticked. She didn’t get to help collect Beegie’s possessions, real or unreal, because Beegie’s stuff was already on the street when she got home.

Two garbarge bags filled with nothing special. Her advocate standing next to them with her folder and its helpful advice for what to do when a foster gets kicked out of her home.

Just almost everything Beegie owned in the world.

Almost but not all.

After Karen dropped her off and Barb had shown her “Her New Home” and given her the rundown on “The Way It Works Here,” Beegie unpacked her possessions into a bureau that the girl who’d lived there before her had made empty, but not clean.

The bottoms of the drawers were covered in spilled glitter. Pink and gold. Beegie had pressed the tips of her fingers into the wood to pull it up, making disco balls of her hands.

But she failed to get it all.

Months later, she would find stray squares of this other girl’s glitter on her clothes. They would catch the light, drawing her back to the moment when she’d finally given up on getting the bureau any cleaner and started to unpack the garbage bags.

There had been things missing.

But what she had not expected was to find two other neatly folded garbage bags. These were the ones she had used to move her stuff from Janelle’s to the Greely’s. She had kept them, even though back then Mrs. Greely was all smiles and Eric seemed nice, and even Rooster would let her pet him.

Beegie had kept the bags because she’d been around long enough to know that sometimes it doesn’t work out.

In fact, most times it doesn’t work out.

And you need a bag to put your stuff in and you don’t want to have to ask the person who doesn’t want you to live with them anymore to give you one.

But when Mrs. Greely had gathered Beegie’s possessions, she had seen those bags and thought that they were important to Beegie. It made sense to her former foster mother that a “garbage girl” would treasure a garbage bag.

And a place to keep it all.

Everything she ever owned was trash or one day would be.

Seeing things this way helped. It made her mind less about the things that hadn’t been in the bag… and other things.

Beegie picked at ownership like a scab, working her way around the edges, flaking it off a bit at a time. Ridding herself of the brown crust of caring.

Because if you care about something it has power over you.

Caring can give someone else the ability to control you and the only real way to own yourself was let go.

Some things Beegie couldn’t quite shed. The want of them stuck to her like the glitter. The pain of their loss catching the light on her sleeves, flashing from the hem of her jeans. The want would wait on her body until it attracted her attention and then eluded the grasping edges of her fingers.