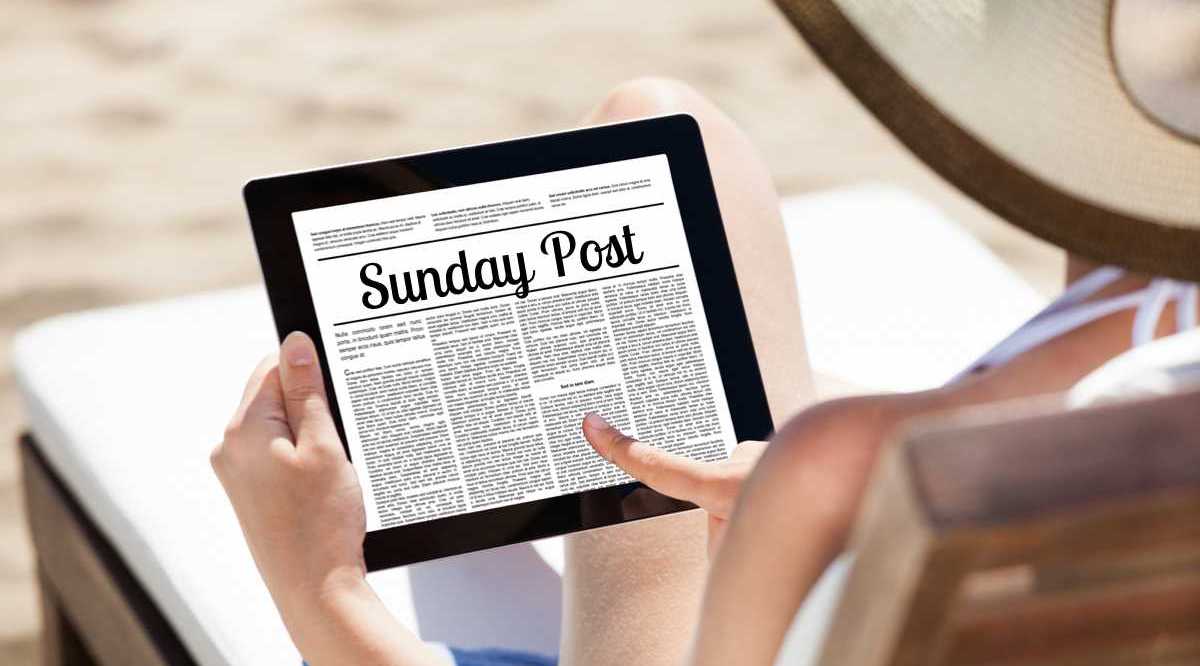 It was such a beautiful week this week. Sunny and 70’s pretty much all week. As you can see by my pictures, the daffodils are out, and you know what that means? Spring has officially sprung in the piedmont area of NC. It’s such a pleasure to take a walk and see beautiful flowers and sprouting leaves everywhere.

And then… the sneezing starts. And I wake up in the mornings all congested and headachy. No, it’s not Covid. It’s dreaded allergies for which there is little relief. My allergy doctor currently has me on Xyzal, Singulair, and Dymista – all taken daily. And even with all that, I still feel the effects of the pollen, dust mites, etc.… that I’m allergic to. Crazy, isn’t it? I should never have to take Sudafed or Mucinex again, but yet I do, especially this time of year.

For those of us in a Daylight Savings Time area – did you remember to set your clocks one hour forward – you know, the ones that don’t do it automatically like on your microwave and stove? I always forget those.

Looking for a new book that will make your heart race? This free, second edition of The Minotaur Sampler compiles the beginnings of five can’t-miss novels publishing Spring/Summer 2021 for easy sampling.

Delta Dawn is a photographer for New York City’s elite. Mary Dixie Carter’s debut, The Photographer, is a slyly observed suspenseful story of envy and obsession, told in the mesmerizing, irresistible voice of a character who will make you doubt that see is ever believing.

The next feature is a standalone thriller From Ragnar Jónasson, the award-winning author of the international bestselling Ari Thór series. A young woman seeks a new start in a secluded village where a small community is desperate to protect its secrets in The Girl Who Died.

Meet award-winning author Joanna Schaffhausen’s new heroine, Detective Annalisa Vega, in Gone for Good. A cold case is heating up in Chicago, and with an ever-growing sense of déjà vu Annalisa must retrace the killer’s steps to her own childhood.

From Edgar-nominated author Ashley Weaver comes a historical series debut: A Peculiar Combination. This charming mystery, set in England during World War II, is filled with spies, murder, romance, and wit. Electra McDonnell is a safe cracker, and her latest job doesn’t go at all according to plan.

Finish with Brian Klingborg’s Thief of Souls. A brutal murder in a rural village in Northern China sends shockwaves all the way to Beijing but seemingly only Inspector Lu Fei, exiled to this tiny town, is interested in finding justice.

Gone For Good is the first in a new mystery series from award-winning author Joanna Schaffhausen, featuring Detective Annalisa Vega, in which a cold case heats up.

The Lovelorn Killer murdered seven women, ritually binding them and leaving them for dead before penning them gruesome love letters in the local papers. Then he disappeared, and after twenty years with no trace of him, many believe that he’s gone for good.

Not Grace Harper. A grocery store manager by day, at night Grace uses her snooping skills as part of an amateur sleuth group. She believes the Lovelorn Killer is still living in the same neighborhoods that he hunted in, and if she can figure out how he selected his victims, she will have the key to his identity.

Detective Annalisa Vega lost someone she loved to the killer. Now she’s at a murder scene with the worst kind of déjà vu: Grace Harper lies bound and dead on the floor, surrounded by clues to the biggest murder case that Chicago homicide never solved. Annalisa has the chance to make it rights and to heal her family, but first, she has to figure out what Grace knew—how to see a killer who may be standing right in front of you. This means tracing his steps back to her childhood, peering into dark corners she hadn’t acknowledged before, and learning that despite everything the killer took, she has still so much more to lose.

A mesmerizing debut novel for fans of Madeline Miller’s Circe.

Ariadne, Princess of Crete, grows up greeting the dawn from her beautiful dancing floor and listening to her nursemaid’s stories of gods and heroes. But beneath her golden palace echo the ever-present hoofbeats of her brother, the Minotaur, a monster who demands blood sacrifice.

When Theseus, Prince of Athens, arrives to vanquish the beast, Ariadne sees in his green eyes not a threat but an escape. Defying the gods, betraying her family and country, and risking everything for love, Ariadne helps Theseus kill the Minotaur. But will Ariadne’s decision ensure her happy ending? And what of Phaedra, the beloved younger sister she leaves behind?

Hypnotic, propulsive, and utterly transporting, Jennifer Saint’s Ariadne forges a new epic, one that puts the forgotten women of Greek mythology back at the heart of the story, as they strive for a better world.

No one mourned when San Francisco DA Wes Farrell put Paul Riley in prison eleven years ago for the rape and murder of his girlfriend. And no one is particularly happy to see him again when he’s released after The Exoneration Initiative uncovered evidence that pinned the crime on someone else. In fact, Riley soon turns up murdered, surrounded by the loot from his latest scam. But if Riley was really innocent all along, who would want him dead?

To the cops, it’s straightforward: the still-grieving father of Riley’s dead girlfriend killed the former prisoner. Farrell, now out of politics and practicing law with master attorney Dismas Hardy, agrees to represent the defendant, Doug Rush—and is left in the dust when Rush suddenly vanishes. At a loss, Farrell and Hardy ask PI Abe Glitsky to track down the potentially lethal defendant. The search takes Glitsky through an investigative hall of mirrors populated by wounded parents, crooked cops, cheating spouses, and single-minded vigilantes. As Glitsky embraces and then discards one enticing theory of the crime after another, the truth seems to recede ever farther. So far that he begins to question his own moral compass, allowing author John Lescroart to explore what TheWashington Post calls “the genuine humanism that [is] central to his writing.”

Welcome to my newest Book Blogger Friends. If you get a chance, you should definitely check out their sites!

Gilmore Girls is always streaming on my TV. I’m currently on season 4 – Rory’s first year at Yale. What would I do if Netflix didn’t keep all seasons for me to enjoy a little bit each day?

I also decided to watch Coming 2 America. It was much like Coming to America. I like the humor of Eddie Murphy and Arsenio Hall, so I liked the movie okay. I definitely had some laugh out loud moments.

I noticed that The Lost Boys was recently added to HBO Max. It’s the only movie I can actually quote large sections of – I’ve watched it that many times. I think, the two movies I’ve watched the most in my lifetime are The Lost Boys and How to Lose a Guy in Ten Days. I just love both of them.

Did you read, watch, or do anything fun this week?