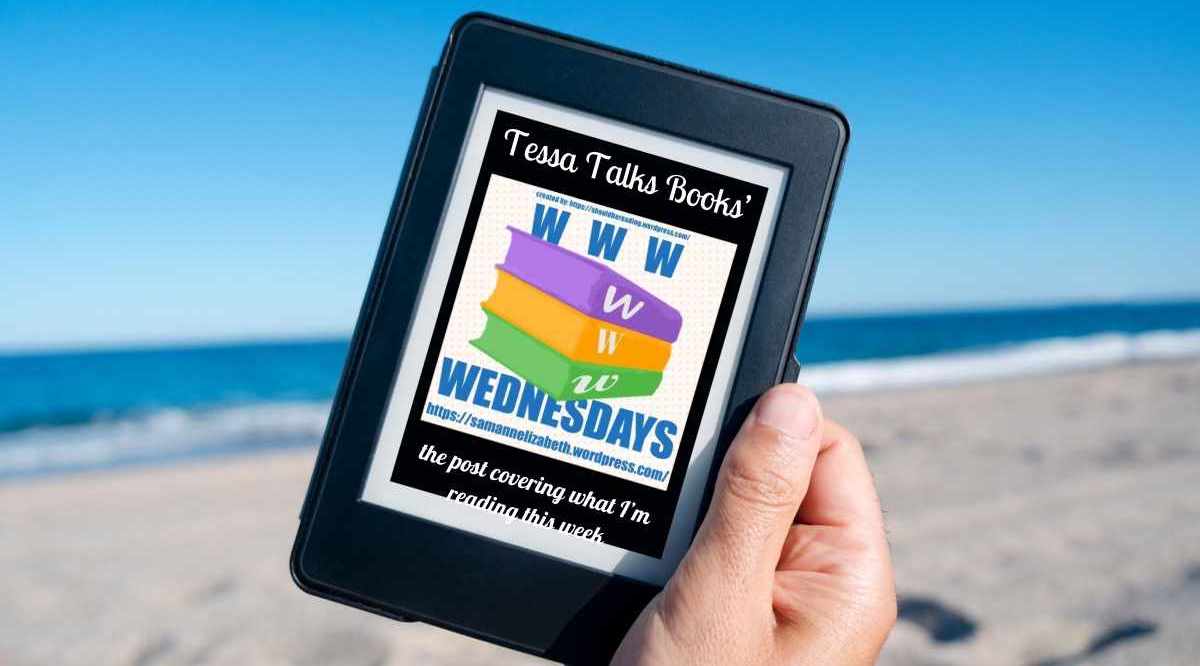 I got smart and allowed myself 3 days to read a couple of books rather than the two I’ve been doing to get through my tremendous amount of ARCs. As you will see below, there is a really good reason I have too many ARCs – they all looked so good!

I just finished The Iron Raven by Julie Kagawa, and I was just blown away. Puck, Oberon, and Titania are three of my favorite characters from Shakespeare and to see them plucked from those pages and given a world of their own is just amazing me to me. I’m awed 😊

Today, I start Possession by Katie Lowe. It’s a psychological thriller and you all know how much I LOVE that particular sub-genre. I’m intrigued by the crime podcast aspect, as it reminds me of Megan Goldin’s The Night Swim. By the time you read this, I will have started it and hopefully am enjoying.

Next I’m reading Dan Frey’s The Future is Yours, and what’s not to like about that description. It’s got all the components I love in a story. I am most curious about the way the story is told. I have a feeling that I will absolutely love it or not care for it at all. It feels like one of those technical choices that is either all or nothing.

What are you reding this week? Anything that you’re particularly excited about?

Possession is a chilling psychological thriller written with Katie Lowe’s signature “subtle, persistent, and unmistakable creepiness” (Kirkus, on The Furies).

The past haunts her. The present hunts her.

Conviction @ConvictionPod · 1m
The investigating officer: “I’ve seen a lot of homicides in the years since, but…that’s the one that keeps me up at night.”

The husband’s best man: “They had everybody fooled. Or at least, she did. But I always knew something was off.”

Hannah, the wife: “I told you. I don’t remember anything. I don’t know.”

That’s all to come, this season, on Conviction. Get ready for our most twisted season yet.

Ten years ago, Hannah’s husband was brutally murdered in their home, and she (conveniently) doesn’t remember a thing about that night. But the police charged someone else—a stranger—and put him away for life. And Hannah packed up her six-year-old daughter and left London behind.

But now her hard-won countryside peace is threatened. Conviction, a viral true crime podcast known for getting cases reopened and old verdicts overturned, has turned its attention to Hannah’s husband’s murder for its new season. They say police framed the man who was found guilty, and that Hannah has more suspicious secrets than just her memory loss: a history of volatility; citations at the clinic where she worked as a psychiatrist; dependencies on alcohol and pills; and a familicidal grandmother, locked away in a Gothic insane asylum until her death. As Hannah loses the trust of everyone she loves, the only person she feels she can confide in is a former colleague, Darcy, who’s come back into her life—but who may have motives of her own. But Hannah can’t tell even Darcy her deepest secret: that she’s still tormented by the memory of her husband and the crater he carved through her life.

This Iron Raven by Julie Kagawa

Wicked faeries and fantastic danger… Welcome to book one of the new trilogy in New York Times bestselling author Julie Kagawa’s Iron Fey fantasy series, as infamous prankster Puck finally has a chance to tell his story and stand with allies new and old to save Faery and the world. For fans of Holly Black and Cassandra Clare!

“YOU MAY HAVE HEARD OF ME…”

Robin Goodfellow. Puck. Prankster, joker, raven, fool… King Oberon’s right-hand jester from A Midsummer Night’s Dream. The legends are many, but the truth will now be known, as Puck finally tells his own story and faces a threat from a time before Faery began. A threat that brings him face-to-face with a new enemy…himself.

With the Iron Queen Meghan Chase and her prince consort, Puck’s longtime rival Ash, and allies old and new by his side, Puck begins a fantastical and dangerous adventure not to be missed or forgotten. Evenfall is coming, and with it a reckoning that even their combined powers and wits may not vanquish, as a shadow falls over the lands of Faery and the world slips into chaos.

The Future is Yours by Dan Frey

Two best friends create a computer that can predict the future. But what they can’t predict is how it will tear their friendship—and society—apart.

“An impossibly addictive brainteaser wrapped in a buttery popcorn kernel.”—Aneesh Chaganty, director and co-writer of Searching and Run

IN DEVELOPMENT AS AN HBO MAX ORIGINAL SERIES

If you had the chance to look one year into the future, would you?

For Ben Boyce and Adhi Chaudry, the answer is unequivocally yes. And they’re betting everything that you’ll say yes, too. Welcome to The Future: a computer that connects to the internet one year from now, so you can see who you’ll be dating, where you’ll be working, even whether or not you’ll be alive in the year to come. By forming a startup to deliver this revolutionary technology to the world, Ben and Adhi have made their wildest, most impossible dream a reality. Once Silicon Valley outsiders, they’re now its hottest commodity.

The device can predict everything perfectly—from stock market spikes and sports scores to political scandals and corporate takeovers—allowing them to chase down success and fame while staying one step ahead of the competition. But the future their device foretells is not the bright one they imagined.

Ambition. Greed. Jealousy. And, perhaps, an apocalypse. The question is . . . can they stop it?

Told through emails, texts, transcripts, and blog posts, this bleeding-edge tech thriller chronicles the costs of innovation and asks how far you’d go to protect the ones you love—even from themselves.

Don’t forget to tell to me about the book(s) you are reading this week (in the comments). ✨ I love hearing about them. ❤️