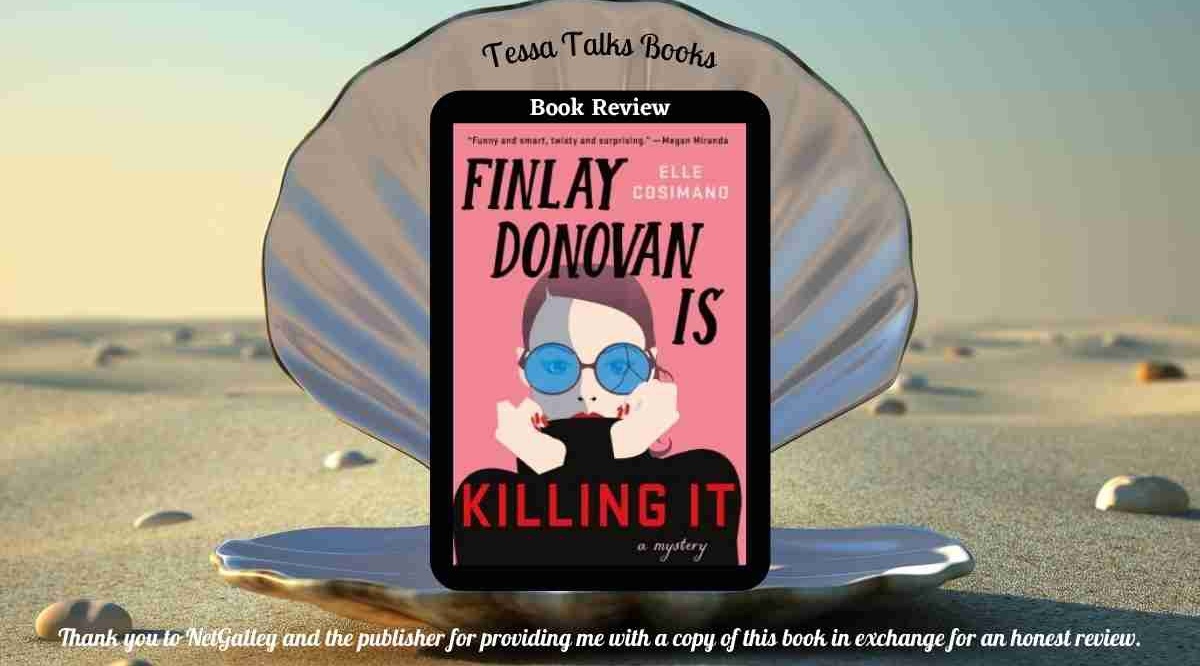 Finlay Donovan is killing it . . . except, she’s really not. She’s a stressed-out single-mom of two and struggling novelist, Finlay’s life is in chaos: the new book she promised her literary agent isn’t written, her ex-husband fired the nanny without telling her, and this morning she had to send her four-year-old to school with hair duct-taped to her head after an incident with scissors.

When Finlay is overheard discussing the plot of her new suspense novel with her agent over lunch, she’s mistaken for a contract killer, and inadvertently accepts an offer to dispose of a problem husband in order to make ends meet . . . Soon, Finlay discovers that crime in real life is a lot more difficult than its fictional counterpart, as she becomes tangled in a real-life murder investigation.

Fast-paced, deliciously witty, and wholeheartedly authentic in depicting the frustrations and triumphs of motherhood in all its messiness, hilarity, and heartfelt moments, Finlay Donovan Is Killing It is the first in a brilliant new series from award-winning author Elle Cosimano.

Finlay Donovan is Killing It is a clever and engaging crime mystery chocked full of dark humor that had me smiling and laughing from beginning to end.

The message in this story took me by surprise. I found myself so caught up in the action while I read that it took a moment of looking back before I realized the message that was brilliantly developed throughout the story. People always have that hidden side of themselves, that side they don’t admit to anyone for fear of being rejected, and it takes real courage to show it to someone – courage that is born of love, acceptance, and security. And, for a real relationship- a lasting relationship- to develop, this must be done.

I loved the shocking humor that kept me in stitches throughout the entire novel. Even though it’s the type of humor – dark humor – where you feel like you shouldn’t be laughing at the situation, but you just can’t help it because it is so unapologetically funny. The fun comes from how the main character, Finlay, finds herself in situations and the odd choices she makes that land her there. She is quite a character.

All the characters are thoroughly relatable. Finlay is a bit of a sad-sack at the opening of the novel. She is struggling to put her life back together after her divorce. What is most important to her is her children, and she would do anything to keep them with her, a roof over their heads, and food in their mouths – ANYTHING.

Vero is probably my favorite character. She is brazen, determined, and a whole lot of fun. She doesn’t help Finlay make good choices, but she does keep a neat and tidy house, which is a virtue in and of itself.

And Delia – dear, sweet Delia – just a child, but she has a significant impact. Her sass and preciousness steal the show and my heart whenever she’s around. She’s quite a handful, already knowing how to push just the right buttons to get her parents to do what she wants them to.

And, if all of this isn’t enough to explain why I love the book, it also has a mystery that is so twisty and turny. It not only has elements of a crime novel but also has threads of a psychological thriller. I couldn’t even begin to imagine how the story was going to turn out. The last page is absolutely jaw-dropping, much like the endings I love in the best psychological thrillers I’ve read. It takes you by surprise and has you contemplating it for days.