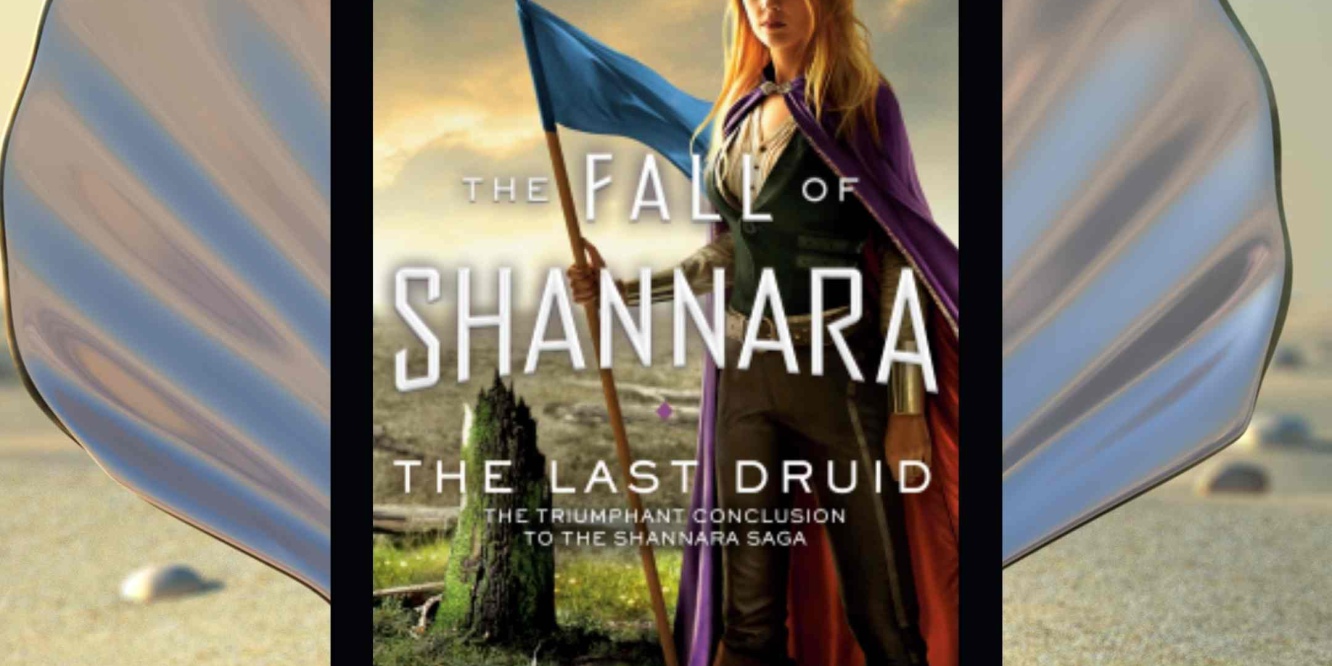 How do you end a series that has been going strong for over 40 years? The Fall of Shannara: The Last Druid by Terry Brooks does just that and to the utmost perfection.

I will start with the end. To put it simply, I loved the ending. It stayed true to the entire series, and I could write this whole review about it. But that would be the most prominent spoiler of all, so I won’t, but out of all the different ways it could have ended, the path chosen was just sublime.

I loved that the series started and ended with Shea Ohmsford. Two different Shea’s, but still, there is a sense of coming full circle that is satisfying. There are also more characters related to the originals. The group that leads this concluding story contains two Ohmsfords, one Leah, one prince (Ellesedil), and a druid. They bring back fond memories of their predecessors and are a joy to read about in their own right. They are all intricately layered and have excellent heroic qualities that will cause you to love them all equally.

There are three interrelated storylines in this book, and each is full of action, peril, and magic that keeps the pages rapidly turning as I couldn’t wait to find out what happened next. Each story could easily be a book on its own but to have them in one book is just that much more impactful.

Lastly, the world-building in the whole Shannara series is detailed, surprising, and pulls you right into the page. With its mass of truly horrid creatures and delightful characters, revolutionary machines, magic, and DRAGONS, it’s this fantasy-lovers dream.

There is a bittersweetness to having a beloved series end, especially one that has been around for so long, but if it’s got to end, this story is the best way to do it.

Hope blooms anew for the Four Lands in this riveting conclusion, not only to the Fall of Shannara series but to the entire Shannara saga—a truly landmark event over forty years in the making!

Since he first began the Shannara saga in 1977, Terry Brooks has had a clear idea of how the series should end, and now that moment is at hand.

As the Four Lands reels under the Skaar invasion—spearheaded by a warlike people determined to make this land their own—our heroes must decide what they will risk to save the integrity of their home. Even as one group remains to defend the Four Lands, another is undertaking a perilous journey across the sea to the Skaar homeland, carrying with them a new piece of technology that could change the face of the world forever. And yet a third is trapped in a deadly realm from which there may be no escape.

Filled with twists and turns and epic feats of derring-do—not untouched by tragedy—this is vintage Terry Brooks, and a fitting end to a saga that has gathered generations of readers into its fold.

15 Replies to “Book Review | The Fall of Shannara: The Last Druid by Terry Brooks”