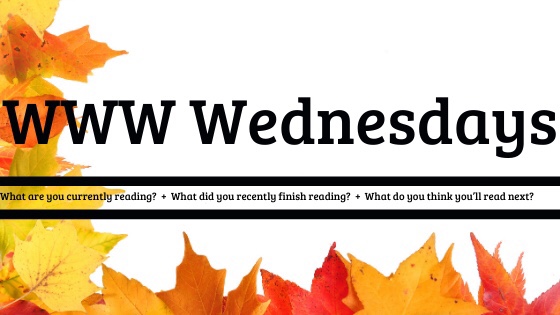 This isn’t just another case. This is family. How far will Stephanie Plum go to protect the one person who means the most to her? The stakes have never been higher in this latest adventure from #1 New York Times bestselling author Janet Evanovich.Grandma Mazur has decided to get married again – this time to a local gangster named Jimmy Rosolli. If Stephanie has her doubts about this marriage, she doesn’t have to worry for long, because the groom drops dead of a heart attack 45 minutes after saying, “I do.” A sad day for Grandma Mazur turns into something far more dangerous when Jimmy’s former “business partners” are convinced that his new widow is keeping the keys to a financial windfall all to herself. But the one thing these wise guys didn’t count on was the widow’s bounty hunter granddaughter, who’ll do anything to save her.

Just released yesterday, I am currently enjoying the crazy antics of Stephanie Plum and her whacky family.

In the Vampire Stratocracy of Cain, human blood is scarce. For centuries, councils have sought to assuage the blood shortage by enslaving and breeding humans, turning them into profitable supply units for the rich and the abled. Today, eighteen-year-old Wavorly Sterling is officially a supply unit, bound to serve her blood willingly to her master for the rest of her life. One of only few humans that was not bred in Cain, Wavorly knows freedom better than anyone, and she is determined to escape the clutches of her oppressors, even if by the hands of death. But surprises lay beyond every certainty, and within every doubt. Where Wavorly’s hatred for both vampires and her enslavement once flowed free as blood, it merely trickles as she grows to admire her reserved, yet receptive master and savior, Anton Zein. Although warmed by comforts never felt before, danger still lurks in the castle, and a prophecy calls from beyond the walls of a lavender gate–concealing the horrific secrets lodged between handsome smirks and cinereous eyes. It will take everything within Wavorly to face her fears and her doubts; to harness the truth of her past despite what that means for her future. The only question is, will she? Set in a richly detailed world of fantasy, A Violet Fire is a gripping journey filled with passion, betrayal, lies, and the encouragement we all need to take a stand for our freedom–no matter the cost.

A YA Fantasy that will be released on 12/9/2019. This novel is not your ordinary vampire story. It was a very good read!

Multi-award winning series, published in more than 10 countries, movie rights optioned!Welcome to a world like no other! Philip is a good boy, a really good boy, who accidentally gets sent to Hell to become the Devil’s heir. The Devil, Lucifer, is dying and desperately in need of a successor, but there’s been a mistake and Philip is the wrong boy. Lucifer has no other choice than to begin the difficult task of training Philip in the ways of evil. Philip is terrible at being bad, but when he falls in love with the she-devil Satina and experiences the powerful forces of love and jealousy, the task becomes much easier. Philip finds both friends and enemies in this odd, gloomy underworld–but who can he trust, when he discovers an evil-minded plot against the dark throne? The Great Devil War is a gripping and humorous tale about good and evil seen from a different perspective, making the reader laugh and think. It’s filled with biblical and historical characters and set in a world beyond your wildest dreams. Or nightmares …

I’m reading this book is for a blog tour going on next month. I’m also compiling a list of Gift Ideas for the Young mystery and fantasy book lovers, which this will be a part of. It is available now and you can get it on Kindle Unlimited.

7 Replies to “What I’m Reading”