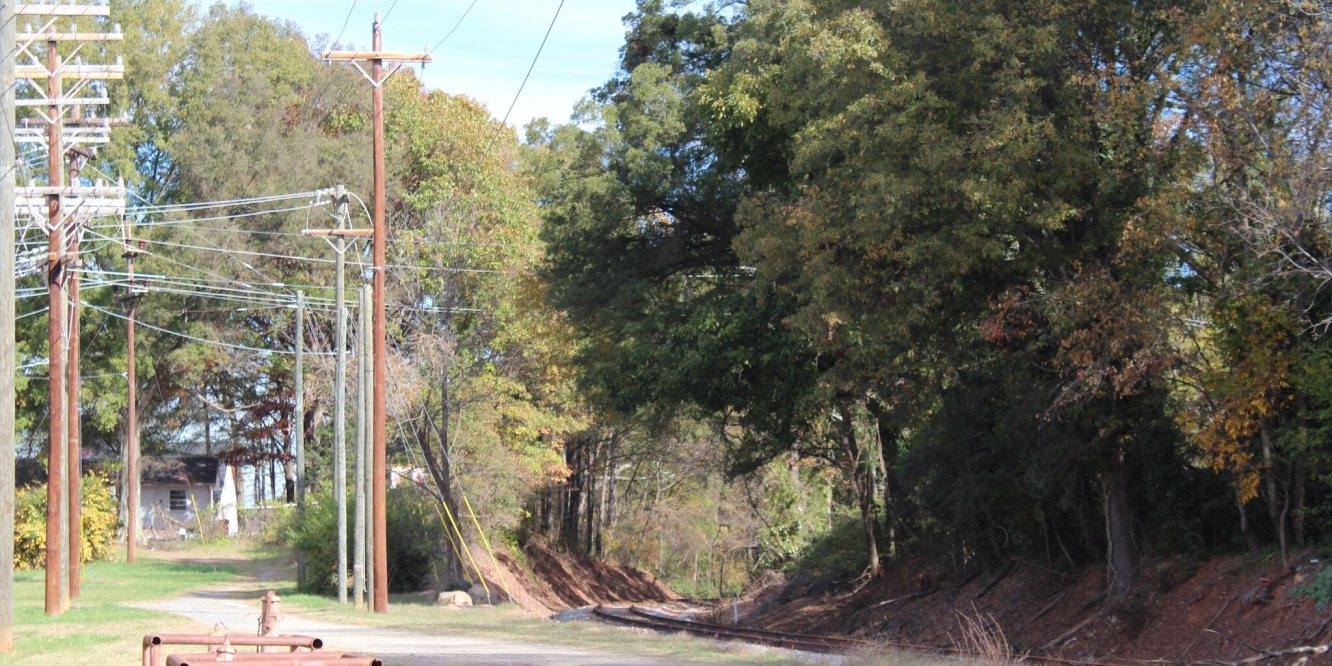 Legend has it that I came to town on the train. My pop worked for the railroad – taking off the materials that were delivered to the town’s mill. He found me in some cotton, so the story goes, took me home and kept me for his own.

The train has since stopped running. The mills closed down many years ago but I still live in my old mill house. I have for the last 59 years. Larger homes have grown up beside me but I am still in my little square box with the park as my backyard.

Everyday I listen to the children’s squeals of delight as they slide down the slide and chase each other in an impromptu game of tag. I tend to my growing cat family. They live on my porch and keep me from being too lonely. My wife passed about 5 years ago. The cancer got her. But she’s at peace now up in heaven.

I get few visitors. Mostly women from the church who bring me food and check on me but a strange fellow came up the other day. He parked on the side of the curb and came up to my house while I sat on the front porch.

“Hello! How are you?” The stranger greeted me.

I eyed him warily but nodded in affirmation and waited in silence for him to continue.

“I’ve noticed you sitting out here many times and thought I should stop and introduce myself seeing as we’re neighbors. My name is Richard. I am a retired lawyer and I live right down the street,” he said while pointing off into the distance.

“I’m please to meet you Richard.” I found myself sitting up straighter, my brain working overtime.

“I’ve always wondered, how old would you say this house is? It’s an old mill house, right? Have you always lived in it?”

I debated for a minute but responded, “It was built in 1916 but I bought it in the late 40’s. My wife and I raised our 3 kids in it and I have been here ever since.”

“You must have seen this town change a great deal!”

I told him about all the changes that had happened over the years. The explosive growth, my kids, grandkids, and great grandkids. My cat family and how someone recently came and took them to a rescue place to be adopted. They said they would fix the momma cat and bring her back. I haven’t seen her.

I didn’t tell him what was weighing on my mind. The conversation me and my son have been having over and over again. Well, really an argument but a son should be more respectful of his father so I didn’t like to think of it like that. I just closed my ears while he went on and on. That’s a blessing about getting old – you can choose not to hear if you want. My son just sighs very loud and rolls his eyes. He doesn’t think I can see him when my back is to him but I can.

Richard said his good-byes and got in his car traveling in the direction he had pointed to. He promised to stop by again soon but that’s what people always say, I thought, as I continued to rock away my afternoon on the shady porch.